It was little surprise to see Paolo de Marchi’s estate placed in the A class with his flagship, Cepparello. Bottled simply as IGT Toscana by virtue of its pure Sangiovese recipe, historically violating the old definition of Chianti Classico, this is an icon for the region. (See more about Paolo and the estate in Cepparello 2005 back to 1995.) But Paolo’s wine-growing skill clearly extends into his Chianti Classico. The 2016 scored 17.5 from Walter in barrel and subsequently Julia in bottle, for its blend of 82% Sangiovese, 15% Canaiolo and a 3% splash of Syrah.

Choosing this as my wine of the week was, instead, an indirect result of the current pandemic-inspired lockdown. In the interests of sustaining the community spirit of members such as myself during this time of disconnection, the general manager of the London Rowing Club asked me to assemble a six-bottle case of wines from the club’s suppliers, Liberty Wines, that members could have for a virtual tasting and a bit of social contact. He asked for three bottles to represent Italy and three for Spain. See the other wines I chose at the bottom of this article.

Now it is something of a fool’s errand to attempt to represent the world’s joint-largest wine-producing country with more indigenous varieties than any other in just three wines. Instead, I wanted to give a taste of what Italy can offer wine drinkers, with a good-quality white, an easy-drinking red and at least one classic, good-quality red.

There were a number of reasons to pick Chianti Classico to showcase Italy’s classic regions over alternatives such as Barolo, Barbaresco or Brunello. Demarcated in 1716, it is a historic region, its principal grape is also the most widely planted variety in Italy. Its style can be less intimidating to the uninitiated than tannic Nebbiolos. Prices have not yet gone as stratospheric as those from Montalcino and, as our Chianti Classico Night showed, average quality in the region has arguably never been better. 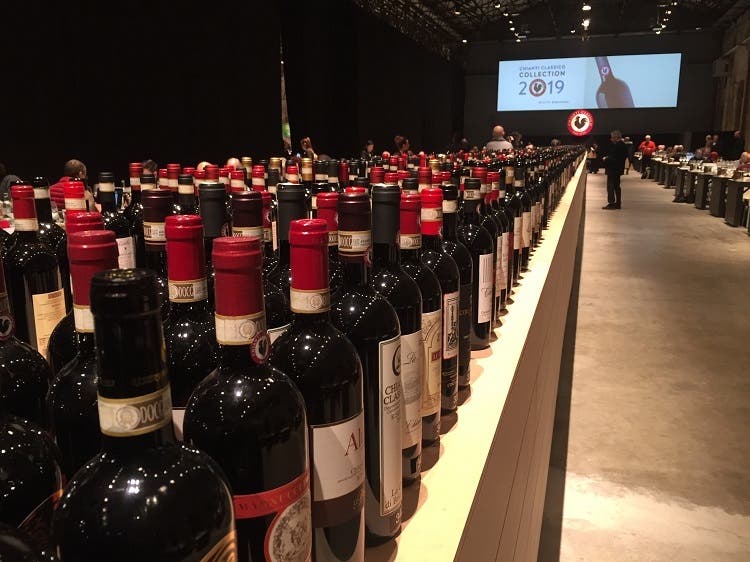 Choosing Isole e Olena was equally straightforward. I first tasted the 2016 at the Chianti Classico Collezione anteprima event last year (about which Walter has written extensively, in Chianti Classico Collezione 2019 – Riserva and Gran Selezione and elsewhere) and I was impressed by its finesse then (as well as the quality of their Vin Santo). With Liberty importing Isole e Olena to the UK and having the 2016 currently available, the decision made itself.

Tasting and presenting it virtually last week, I then suggested it to Jancis as my wine of the week and she readily agreed.

The 2016 vintage is great across Tuscany – as in Bordeaux, Piemonte, the Douro and the Rhône. A balanced, even growing season, it has given a perfect blend of fruit that’s ripe but not overripe, and so able to show aromatic nuances and express place with acidity retaining freshness, and tannins that have highly desirable ripeness and elegance.

This wine reflects 2016 beautifully. With a core of ripe cherry, there’s a delightful orange-peel or coriander-seed lift with dusty, earthy notes. Twelve months in a mix of 225-litre barrels (of which just 5% were new), 4,000-litre and 2,700-litre casks adds subtle nutty complexity. The wine has great transparency and clarity of flavour, with the bright acidity typical of 2016 carrying that cherry scent through its long finish.

Its tannins are subtle, and melt into a silky, ethereal quality, meaning that it is both drinking superbly now and will give great pleasure over the next five years. I would happily drink it on its tenth birthday.

Moreover, this wine represents great value. With prices starting at €17.95 in the Netherlands, this is very reasonably priced for its quality. Its 150,000-bottle production in 2016 means that it’s widely available throughout Europe, North America and in Australia, so it shouldn’t be too hard to find.

All the more reason to get hold of a classy example of a classic wine in a classy vintage!